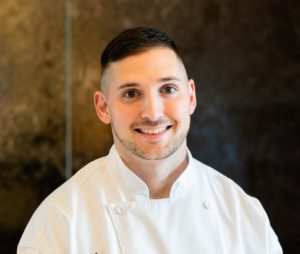 The article below originally appeared on ThinkShopBuyLocal.com (Retail Merchants).

As The Westin Richmond moves into its second decade in Richmond’s near West End, the four-star hotel is shifting its culinary focus to their own backyard with the new launch of Small Batch – Local Kitchen. The full-service restaurant, which will celebrate its official grand opening on August 14, replaces the previous restaurant, Crossings.

“When I got here, Crossings didn’t really have a concept and we sought to give it more of an identity – an honest concept where sourcing is most important,” said The Westin’s General Manager, Rodney Moubray who took over the post this past winter.

The new concept, spearheaded by Executive Chef John Papa, highlights locally sourced, small-batch products in a carefully curated menu that celebrates the flavors of Virginia while honoring a commitment to ethical, sustainable, and organic ingredients.

For Chef Papa, cooking has always been a labor of love, cultivated by the influence of his grandparents. The upstate New York native began cooking at just 14 years old when his grandfather, who was blind, would guide him through the preparation of meals via word of mouth.

“They taught me what it is to take care of your family and what cooking really means,” Chef Papa said. 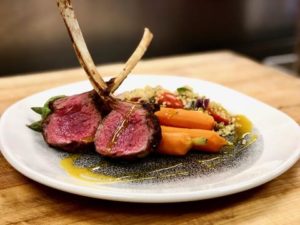 Those early years cooking meals for his grandparents set Papa on a culinary path that included stops at Hilton Hotels, as Catering Chef at the University of Virginia, and as Sous Chef at The Boars Head Inn in Charlottesville before taking the helm as Executive Chef at The Westin, where he’d previously been Sous Chef years before.

Today, the dynamic chef draws on those early lessons in cooking with the heart to cultivate an exceptional dining experience for both Richmond locals and visitors alike.

“I’m so passionate about how we get these products,” said Chef Papa. “I can tell guests exactly where everything on the menu is coming from. I talk directly to the shepherd who sells me my lamb.”

In celebration of its opening, Small Batch – Local Kitchen will feature several promotions kicking off on August 14 and running through September 4 including a Monday through Thursday Happy Hour featuring beer, wine, and appetizer specials; Thursday Vendor Spotlights highlighting specific vendors with complimentary samplers and specials; Buy one entrée, get one half off on Fridays; and complimentary starters with the purchase of an entrée on Saturdays.

The article below originally appeared on ThinkShopBuyLocal.com (Retail Merchants).